The first day of the military PCS (Permanent Change of Station) is getting the word that you are, in fact, moving. Often for the military family, this is a day long anticipated. In the military, there are two PCS boards every year. In the Army, we know that in January and June, a group of high ranking ‘brass’ sit around a table to determine what slots (jobs) need filled by whom.  The military member knows this is happening! In fact, I can tell you from personal experience that sitting around the house knowing that you are being discussed is a bit disconcerting because you want to know what is being said and you would love to know as soon as possible if your life is going to change. That is not how the military works 😉 Once the board meets, it often takes weeks to have those assignments trickle down to the service member. 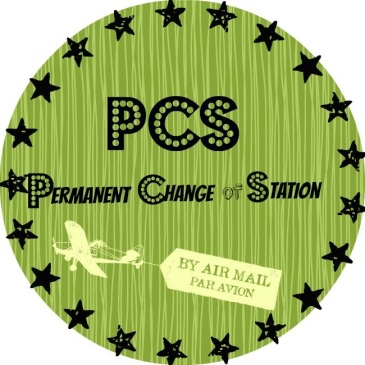 This was not the case for us this time. We were preparing for another Alaska winter, pricing cords of firewood and scheduling a time to get the studded tires back on our minivan. We had also signed up for homeschool PE class and were planning the schedules around those events throughout the year when hubby got the word.

He was actually taking his PT test on this particular morning. He was in the car driving to the running portion of the test when his military blackberry went off. The email was a short blip about an order request hitting his account. He groaned inwardly because he wasn’t really looking forward to whatever little TDY they were planning for him. By the time his run was finished, he had another email blipping on his blackberry. This email was an explanation of his orders request to attend his Major’s Course in Fort Jackson, SC. He smiled to himself because he knew what that meant for his wife!!

Because my job has constantly been moving you around the country and ripped you away from Maryland before you were ready… I was pretty happy to give you an assignment I know you wanted!

My husband knows I love surprises, so he quickly hit the store for a gift bag and a sweet treat. After a busy day of making phone calls and starting paperwork, he headed home with his surprise and waited for the right moment…

His moment came after we finished our family TV time. We were all snuggled up on the couch when hubby walked in with a very tiny gift bag. My mind immediately ran through what major event or milestone I had somehow missed! Hubby explained that he saw something that day that he just knew I really wanted and so he grabbed it for me. I looked into the little bag to find Haribo gummy cherries. I do like this sweet treet, but I was utterly confused about the presentation of the gummies. I pulled the gummies out of the bag to find a neatly folded paper in the bottom of the bag. I grabbed it up and unfolded it. It was a military document, and I knew it was significant in some way, but my brain was not wrapped around understanding what my eyes were seeing (even thought he highlighted the part I was supposed to read).

When my eyes finally trained in on the base “Fort Jackson” and the line NLT (no later than) January 2014, I began to cry. I had just been given a military wife’s dream come true! We have all moved around this country numerous times, leaving our hearts in every place we live. Not only do we love South Carolina, but I have very good friends who will be attending the same school with their husbands. I was going someplace where I had ready-made, GREAT friends! I was so very excited and spent a pretty decent amount of time crying on the couch, much to the confusion of my children! My hubby looked at me and said “My job has constantly been moving you around the country, and it ripped you away from Maryland before  you were ready to move up here. You have born it all and remained faithful. I was pretty happy to give you this assignment that I know you wanted.”

I may not have a Don Juan or Casa Nova for a husband, but what I have is so much better than any fluff or show type of guy. I have the kind of guy that is steady, trustworthy, and knows what is in my heart. That is a treasure beyond any good assignment! 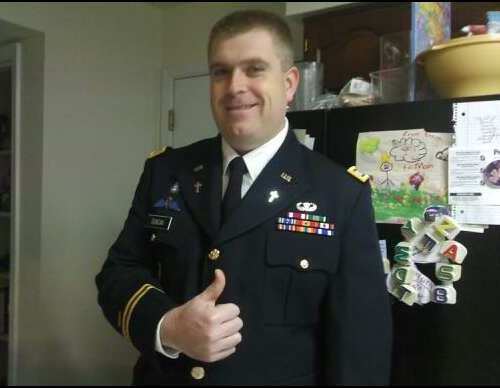 This is part of a blogging series “Planning a Military Move“.