We continue to be very busy checking blocks for the move. I really had no idea it would cost this much to prepare to move overseas. Call me naive, but I have been shocked by it all. I am composing a post dedicated to an overseas PCS. The most stressful part is just getting the first domino to fall so that the others can follow suit. This first domino is medical evaluations and let me tell you that it isn’t easy to get 7 people to the doctor in a timely manner. Not with the government medical system known as Army Medicine.

One very cool thing from this past week: my birthday. Or really, my birthday present. It was not a memorable number, but hubby gave me a memorable gift 🙂 He purchased it before the craziness happened with trying to get overseas. If he would have waited, we would have held on the expenditure. I was gifted an SLR camera!! I am blown away by the difference in picture quality!! 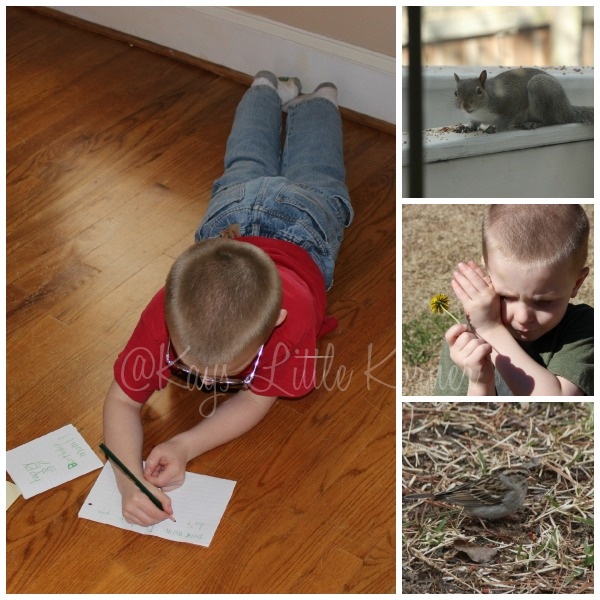 That is my 6yr old making a homemade bday card (those are the best!!), the squirrel pirate eating the birdseed, my very first dandelion of the season, and the Eastern Song Sparrow. I am working on a few posts of Bird Feeder Sightings of the various places we have lived. Such interesting creatures in this world!!

So many things happened during the later 1800’s. Europe experienced another major war that would eventually unify Germany under Prussian rule. The city of Chicago was almost completely destroyed by a fire. Many new inventions graced our world. Thankfully, folks began to wake up and take notice of details of our Industrial Revolution. The output was amazing, but what went into the product was a lot of blood, sweat, and tears…not all in a good way.

~ This time period saw the industrial revolution come to the battlefield as weapons were created for precision and destructive power. This was first done by Prussia with a large-scale rotator gun that decimated the opposition with their single shot, barrel loaders.

~The first portable, ‘affordable’, hand-held camera was created by George Eastman. His first Kodak camera was $25, which was 3 months wages for middle class folks.

~ George Eastman committed suicide after discovering he had a degenerative spinal disease.

~ Alexander Graham Bell invented the telephone, but his heart and soul belonged to teaching deaf children.

~ Hellen Keller was a student of Alexander Graham Bell. His teaching and mentoring touched her deeply. She dedicated her autobiography to him.

If you are having trouble with writing prompts, I highly recommend the Tuesday Grace Letters from MundainFaithfulness. This coming week is a more free prompt. Whoever you would wish to write a letter of grace to, write it!

Also, I wrote this week about True Beauty. It was inspired by a video that went around FaceBook this past week.

We had a ‘frozen’ party this week. We were waiting for the movie Frozen to come out on video to rent. When I heard that our friends had never seen it, we chose to turn it into a party! We had a great variety of food, watched the movie, then ended up outside for some ball. It was a GREAT day! Especially the part where the moms got to rock on the front porch sipping coffee and talking. Those are the precious moments I hang on to when the Army moves us far away…

Throw it to me! 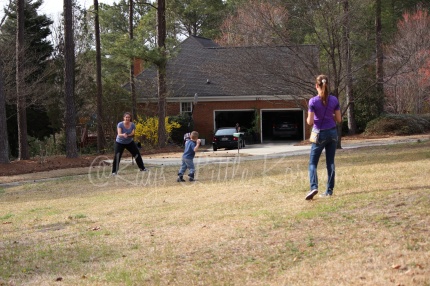 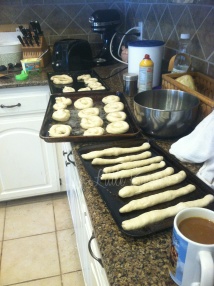 Pretzels on the rise. 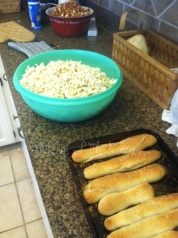 Tired of waiting for a turn?

Can someone throw it to me?