Since it looks like I will be blogging snippets for a while, I thought I may as well put them out there as they show up 😉

I bought a massive box of colored pencils from Amazon, but we keep art supplies in storage containers to hide the, away from the toddler. So of course I began to unload the box in the most logical sense..by grabbing a handful at a time. Well, the pencils were shipped point up in the box!!! Hello, ouch! The skin around my nails are all chewed up now 😦

Of course after I had done this for the majority of the box, my daughter suggested I dump them out on the table first to avoid getting poked. I told her to “stop clouding my theories with facts” 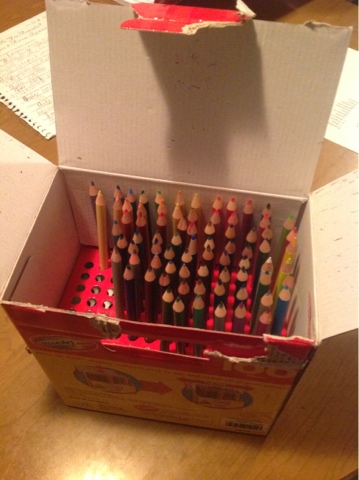